Shortly after the release of the iPhone 4, came complaints about the poor quality of coverage occurred when people hold it touching 3 elements of phone's frame.

Apple's first reaction was: "You're holding it wrong"...

When this topic was taken by bloggers who started testing coverage on different phones, Apple understood, that you should act... In the face of a problem that could jeopardize company's credibility and undermine consumer confidence in the products, Apple's CEO - Steve Jobs interrupted his vacation... and 4 days later (16th July 2010) a press conference was called in the Apple's headquater.

"I wrote the song in about 2 hours and spent another hour on the video. I posted the song...The next morning I woke to a flurry of activity in my inbox, including an email that appeared to be from Apple. I read the email and decided it was fake - someone was trolling me. I was in the shower when my phone rang. It was Apple PR. For real. Could they use my video to open the press conference, they wondered?"

This (found on "YouTube") song has set the tone of the whole conference...

"There's an awful lot of hoopla
Around the iPhone 4 antenna.
When you grip it with the death grip
And you're call slips away.

The media loves a failure
In a string of success.
The facts won't ever matter
If they can make bigger messes

Sure i can make it happen.
But in terms of daily usage
I've yet to drop a call.
So this whole damn thing is stupid.

And you can call me a fan-boy.
I've been called worse things.
But Gizmodo just ridiculous
Pulling their anti-Apple strings.

You bought a stolen prototype
Get over it and move on.
Or hey even better
Let's all sing this song.

If you don't want an iPhone
Don't buy it.
And you don't like it
Bring it back.

Then he showed the movie with tests of three phones from competitors and all of them had the same issue with loss of signal when held similar way. Jobs also announced that anyone unhappy with the device can return it or receive free case that will solve the problem.
Observers have called this coference a bravado. Scott Adams, the creator of the comic book about Dilbert, wrote on his blog that Apple did not react in accordance to the textbooks of PR, because Steve Jobs has written new-better rules.

Return rate remained at 1.7 percent, which was less than a third recorded returns fot the previous iPhone or any other phones. 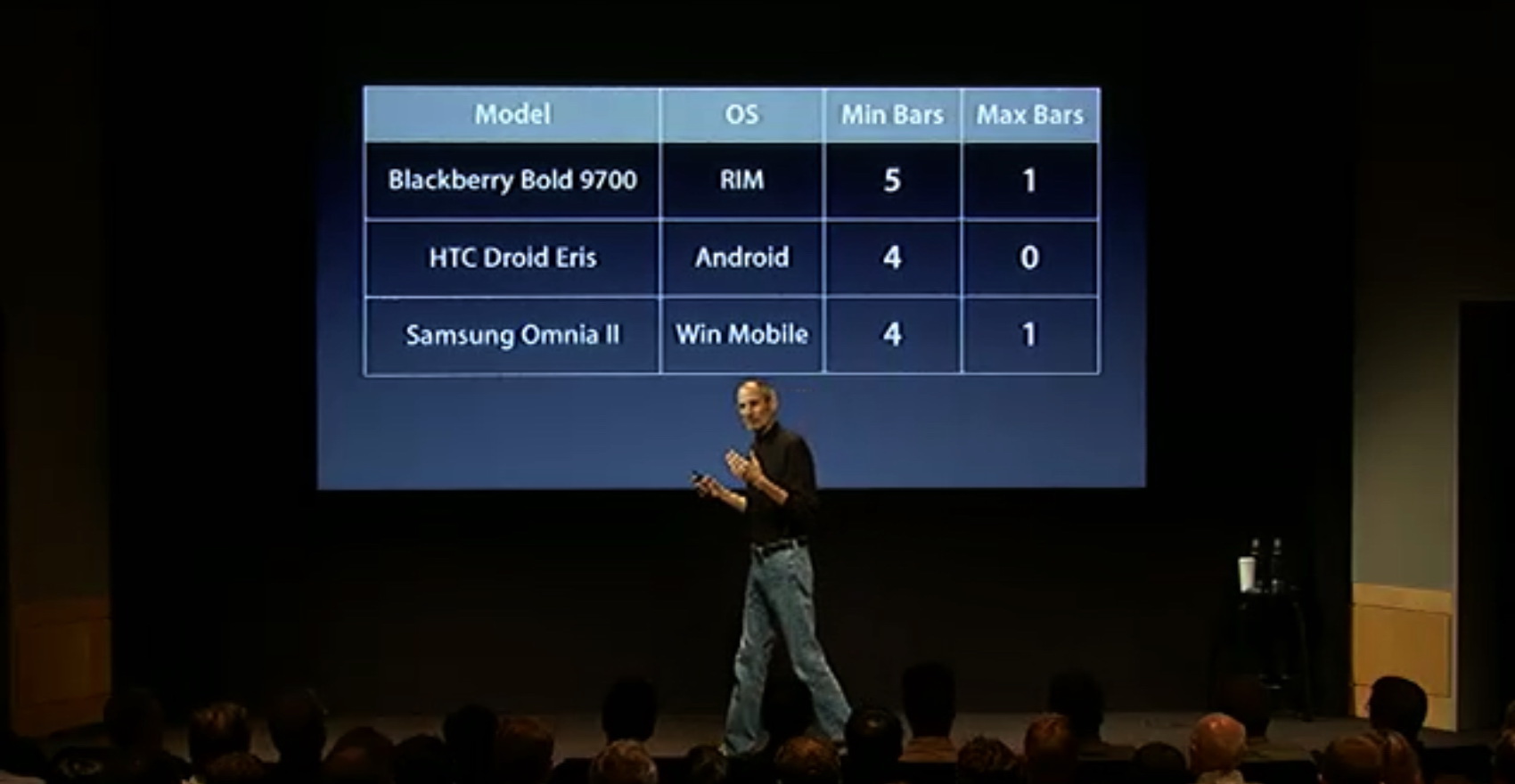